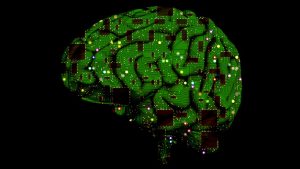 AI can be broadly-described as a computer system designed to interact with the world through capabilities and intelligent behaviors. AI’s developing usefulness is striking, especially in light of some recent successes.

In February 2016, existing artificial networks were considered to be much smaller than the 100,000 neurons in a human brain. However, in March Google’s computer system “AlphaGo” blew the waters for the possibilities of machine learning. It beat the world’s best human, Lee Sedol of South Korea, at the strategy game “Go.”

For fans of 1997 chess-champion Deep Blue, this may seem like a small achievement. However, given the difference in total possible game outcomes (that’s 10120 for chess versus 10761 for Go), the progress is astounding. To put this into perspective, our universe is composed of some 1080 atoms.

Instead of teaching AlphaGo how to play the game, Google programmers built a model brain that learned how to play Go autonomously. Google programmers didn’t explicitly teach AlphaGo the game. You might be asking yourself right about now, “Why the hell is it so important that computers can win board games against Asian men?” It’s not about the game. It’s about the development of AI and the “Neural Network,” modeling the human brain and nervous system. It’s about how we can solve our own problems and develop a better world. 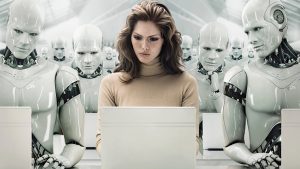 Cognitive functions such as learning, problem solving and language use are the current strong suits for AI machinery. As every aspect of learning can be broken down into precise details, we can teach machines to simulate it.

The Neural Network comes up quite a bit in current AI discussions. Engineers are working to replicate the cognitive learning abilities of the human brain. As they get closer to their mission, the world around us will begin to shift.

For starters, millions of jobs will become obsolete. Drivers, in particular, in are under threat from self driving technology. According to a World Economic Forum projection, AI will eliminate 5 million jobs around the world by 2020. For many that prediction may be terrifying. Those who don’t understand the full picture may be shaking in their seats. While many of the current jobs will be eliminated, that doesn’t mean there suddenly won’t be any jobs. What it does mean is that the nature of the jobs will change. In the future, humans will be hired more pointedly based on their ability to work with the robots.

This all leads back to our education system. Computer software skills will become more important. President Obama recognized this and required all U.S. students to be taught computer science. Our early-development teaching programs will begin shifting to accommodate the changing needs of the 21st century humans.

Aside from learning to build and work with machines, education of the future will focus further on those qualities that make us uniquely human, such as empathy or creative communication. For example, our ability to facilitate “deeper human” interactions with many different people will become more valuable.

It will be a quite long time before AI engineers learn how to automate human feelings, if that’s even a possibility. For this reason, humans will be always able essential in working with robots to fill in the gaps of conscious awareness. For example, an AI bot working at a marketing firm will be able to identify prospective customers and expedite daily tasks pretty simply. However, they won’t be able to fully process the audience’s attitudes, emotions and preferences, which is essential in building client trust.

Think about baristas and bartenders who provide an almost “therapeutic” human element to making coffee and mixed drinks. While machines could easily be used to make tasty beverages and to give spot-on suggestions, they’ll never be able to recreate the warmth of genuine human interaction. Creative design professionals or the performing arts industry. While neural nets may someday be able to “soften around the edges” in imagery and design, creativity remains one of the most difficult human element to mimic.

While we can continue learning how to work with robots, they can also be excellent teachers for us. Pearson, the world’s largest education company released the proposal, “Intelligence Unleashed: An argument for AI in education.” They imagine several practical ways AI robots could integrate in the learning environments. The top four ideas include:

Yes, the discussion of a robotic “lifelong learning companion” has been broached. What used to be your child’s “imaginary friend” could become a brilliant feedback loop that would “learn” how you learn, what you know, and what interests you.

What’s really amazing is that if we recreate the greatest minds in our current world, imagine what that could mean for big picture problems such as curing diseases and solving climate change?

For many AI companies, this is the goal. Technicians are not simply trying to entertain with board games or clear up repetitive office tasks. They’re trying to improve our planet by solving complex problems with artificial intelligence. While there’s still ways to go, the future is promising.

Investment in AI has accelerated from $282 million in 2011 to $2.4 billion in 2015. In 2016 an additional $1.5 has been invested into over 200 AI-focused companies.  Some familiar companies racing to the top of AI development include: Alphabet’s DeepMind, GoogleBrain, Microsoft’s many projects, Facebook Artificial Intelligence Research (FAIR) and IBM’s Watson.

Artificial intelligence is bubbling towards “artificial general intelligence” (AGI), which means they can perform any task a human is capable of. At this point it’s safe to assume AGI will improve until it becomes “smarter than the smartest human on earth,” according to Elon Musk. Then it’s only a matter of time before it replicates itself. As we teach robots to learn and think like humans, there’s no telling what we’ll be able to accomplish together.

Technological advancement, environmental concerns and the desire to do things more efficiently, have combined to change the way buildings are constructed. Building design has gone full circle from what was a decade ago, and it’s no longer enough to just build. The trend today is to build smart. WHAT ARE SMART BUILDINGS? A smart building… 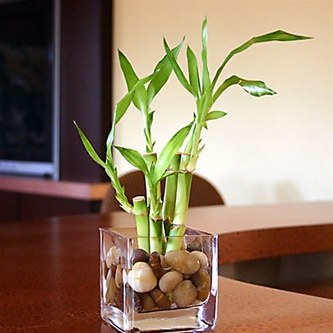 5 Plants That Are Easy To Grow In A Bathroom Setting

Many bathroom designers recommend adding a touch of green to public and personal bathroom settings. A healthy growing plant can make even a corporate bathroom scene feel calm and offset the visually sterile nature of stainless steel bathroom partitions. However, growing plants indoors can be tricky if you don’t use the right variety. So here…